IFN-β is a kind of type I interferon produced by fibroblast and plasmacytoid dendritic cells in mammals. Similar to IFN-alpha (IFN-α) (another member of the type I interferon), IFN-β also exhibits great antiviral activity but also anti-proliferative and immune-regulation effects. Currently, IFN-β has been widely applied for clinical treatment as a therapeutic immune-modulatory agent.

IFN-β is the preferred therapy for the management of multiple sclerosis (MS), an autoimmune disease of the central nervous system. Recombinant IFN-β1a and IFN-β1b are two therapeutic forms that have been demonstrated to be efficient on long-term relapsing-remitting of MS. In detail, the recombinant IFN-β1a is a glycoprotein produced in Chinese hamster ovary cells with the same amino acid sequence as natural IFN-β, and IFN-β1a shows a higher antiviral potency than IFN-β1b. While, IFN-β1b is an un-glycosylated form that produced in a bacterial expression system, which was approved in 2000 for its notably therapeutic effect on MS.

IFN-β- a Candidate of Antiviral Drug for SARS-CoV-2

Upon the virus invades, macrophages and endothelial cells immediately produce and release various cytokines, especially IFN-α and IFN-β, to defend the host from the viral infection before the initiation of the acquired immunity. Similar to IFN-α, IFN-β binds to the corresponding type I IFN receptor and subsequently activates downstream signaling pathways, such as Janus kinase (JAK)-signal transducer and activator of transcription (STAT) pathway, by tyrosine phosphorylation. The signal transduction initiation further stimulates transcription and activation of multiple genes, resulting in immunocytes (including dendritic cells, T cells, natural killer cells) activation and chemokine expression. Ultimately, the IFN-β exerts immune effects through multiple pathways. 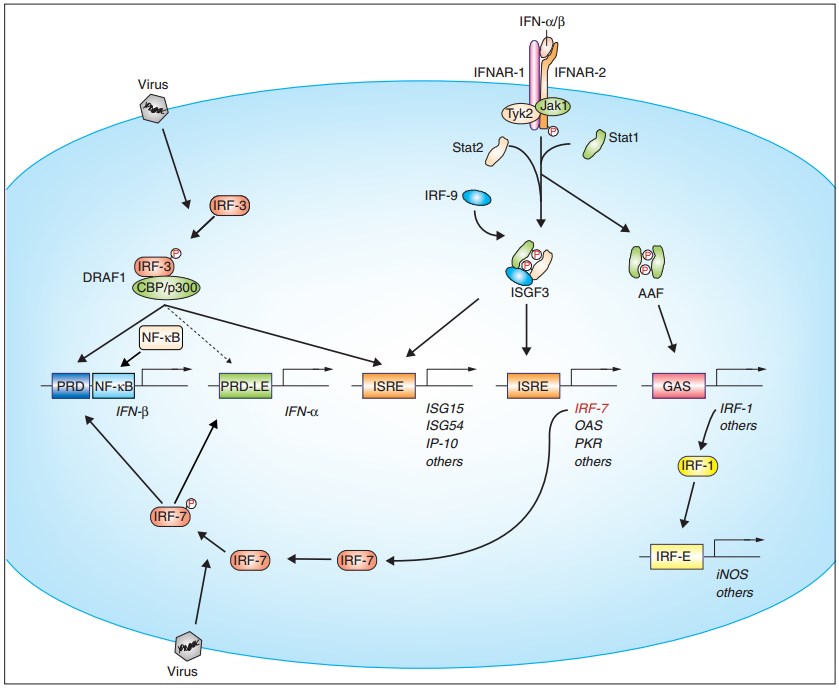 Fig.1 Representation of multimodal regulation by the IRFs in the IFN-α/β system. (Taniguchi, 2002)

Therefore, in addition to being the first-line therapy for MC, the application of IFN-β for the treatment of viral infection also has been extensively investigated.

Based on the above evidences, IFN-β stands a good chance of being a candidate for the treatment of SARS-CoV-2 infections, especially in the case of a continuously growing number of infections and a lack of effective treatment.

Just feel free to contact us for more detailed and information. We are more than happy to share our experience and expertise with our valued customers in related researches.

For Research Use Only. We do not provide direct services or products for patients.
Other Broad-spectrum SARS-CoV-2 Antiviral Drug Discovery Service:
Online Inquiry

For Research Use Only. We do not provide direct services or products for patients.

Welcome! For price inquiries, please feel free to contact us through the form on the left side. We will get back to you as soon as possible.